Dream Baby Dream: The Promise of Blinded by the Light 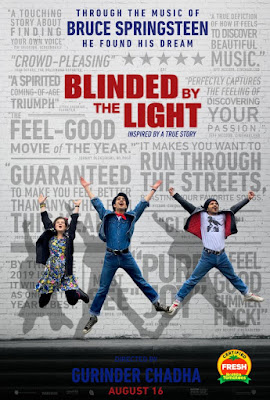 Staking out our spot in the pit before Bruce’s Nashville show in April 2014, I spotted a peculiar sight: A man of Asian or Middle Eastern descent with dark, curly hair was milling about, apparently by himself. He obviously stood out at a typical Springsteen concert. But he looked vaguely familiar to me, so I asked my teenage nephew Bridger to search on his phone for Greetings from Bury Park, a memoir written by a Pakistani who grew up in England as a Springsteen fan. A photo confirmed it was Sarfraz Manzoor, the book’s author. When I turned back to where he had been with the intention of telling him I loved his book, he was gone.

I emailed Sarfraz shortly afterwards to relay the incident and pass on how his memoir resonated with me, a Japanese-American who discovered Springsteen during adolescence. In a gracious response, Sarfraz said he was now working on a screenplay based on the book. Gurinder Chadha, the director of Bend It Like Beckham, had agreed to make the movie.

Five years later, Blinded by the Light is hitting theaters across the country, and I took my family to see it an early “fan event” screening in Kansas City. The movie is a natural must-see for any Bruce fan, particularly the chance of getting to see it in a theater with the wall-to-wall Springsteen soundtrack. And my daughter Faith nailed it when she described the movie as “a Bruce Springsteen musical.” It could definitely translate to the stage. (Possibly the next Springsteen on Broadway production?) 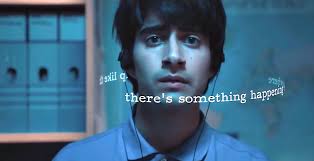 But Chadha and Manzoor aren’t just trying to preach to the choir here. Like Springsteen’s music, Blinded by the Light has bigger ambitions with its universal themes of alienation and identity -- of trying to find individual freedom while still connecting to family, friends and a larger community. The main character Javed, in a great and brave performance from Viveik Kalra, discovers the music as a Pakistani teenager growing up in a culturally restrictive Muslim household. The scene when Javed sits alone in his bedroom and puts Springsteen on his Walkman visually captures the internal emotions most of us felt upon hearing the music for the first time. It made me think of both Dorothy’s life-changing moment in The Wizard of Oz, as well as the Big Man blowing down the doors of the Asbury Park club where he first played with Bruce.

As a Muslim and a Sikh respectively, Javed and his fellow tramp Roops (played by the cool Aaron Phagura) spend much of the movie as outsiders trying to spread the Springsteen gospel in the working-class town of Luton, just outside London. It’s the late 1980s, the age of Thatcher and the National Front, so the parallels 30 years later cannot be ignored. But amid the racism, economic downturn, and cultural and religious roadblocks, Javed finds a way to stake a claim to his life. And instead of using Bruce’s songs as a cocoon to insulate himself from “this shitty world” (Roops's words), Javed ultimately discovers Springsteen’s music is the opening to a bigger and better life, doing his part to create a place where “nobody wins unless everybody wins.” With that universal and timeless message, Blinded by the Light is built for the long haul, making it a vital and joyful entry in the Springsteen canon.

Posted by Danny Alexander at 10:26 AM No comments: