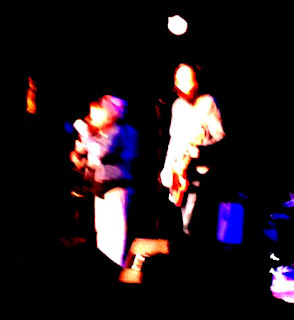 The impact of re-encountering X after 25 years has been profound. And that's not just because I have spent way too much time digging around for my laundry-markered Los Angeles and Wild Gift t-shirt. It was my senior year of high school, and that was the most D.I.Y. piece of clothing I'd ever wear...

The important thing is that I'm now beginning to wonder about systems of assumptions that led me away from a whole roots-punk culture I once recognized as my own.

By 1987's See How We Are, I was immersed in the moment's R&B and hip hop. Eric B and Rakim, Salt-N-Pepa, Public Enemy and N.W.A. were changing everything I thought I knew about music. Seven years into a relationship with my first wife, I was listening to more R&B than punk, particularly that R&B made by women (Janet Jackson, Pebbles, Miki Howard, and Karyn White), because it dealt with the hardest struggles in my life--my most intimate relationships.

Anyway, my shift in taste corresponded with a series of assumptions. One of those assumptions was that the children of punk, the alternative rockers, didn't deal with the kinds of themes I cared much about anymore. In a series of lazy choices that characterize my listening habits, I let go of X after Ain't Love Grand. And I forgot....

That night at City Winery, recounting everyday storms that test and potentially tighten any marriage (in the form of a band or otherwise), John Doe launched his hand toward the ceiling and spat, "Shut up and smoke!" Exene shouted the same thing at the same time. That ongoing fight from Wild Gift's "Beyond and Back" reminded me why I got into X in the first place. That couple in that song, and "In This House that I Call Home" and "White Girl" and "When Our Love Passed Out on the Couch"--that was a couple that was well beyond the romance. X was a band about struggling with self acceptance in the face of the harshest mirrors we'll ever know. Those held by the ones who know us best. 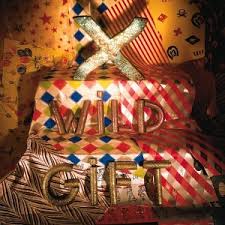 And they took this relationship intimacy and went to even lonelier places, tears shed in secrecy. For three decades now, if you'd asked me to single out my desert island X, I would have certainly included "Riding with Mary" and "Come Back to Me," Exene's two seemingly autobiographical portraits of life surrounding her sister's death. Something about the depth of pain and vulnerability, Exene's vocals written flat yet very much alive and aching, has kept that music close to my heart.

Without doing those favorites at the City Winery, the high-powered show--they did their "Breathless" and "Soul Kitchen" covers as well as other necessities--still insisted this band has always been about the need (the tenderness) and the yearning for community behind punk. When LA punk became a national scene, the whiteness of the scene, and all kinds of adolescent provocation, suggested that this was the racist version of the explosion from Great Britain. But just as The Clash's "Safe European Home" took a unique stand by confessing white privilege, an X song like "White Girl," admitted race as a factor that shouldn't matter....but somehow--to family, to friends-still did. X talked about things others would rather ignore. They always seemed a band of outsiders who couldn't be otherwise.  They knew that they needed each other and needed their fans.

And then there's that thing that they hit me with early Sunday night, "The Have Nots" from Under the Big Black Sun. In this posh Village wine restaurant, the band sang of all the clubs working class folks used to be able to depend on--"The Beehive Bar and the Zircon Lounge"--introducing the song by noting that most such places couldn't survive anymore. It was a commentary on the absurdity of the moment's reality, and something more. 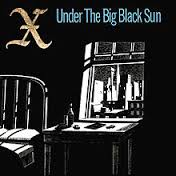 "Dawn comes soon enough for the working class;
It keeps getting sooner or later;
This is the game that moves as you play..."

I was working thirteen hour days in a hospital cafeteria the summer that album came out. Going to college was separating me from my best friends at home, and a new kind of loneliness hurt more than I can say. All I knew was that I was in a game that was moving, too....and X was the band that addressed it, whether it was the game's movement in the workplace, or in the more distant rumblings of the economy or in the thunderstorm back home in the bedroom.

The night I saw them play again....after so many years of neglect, they sounded incredible. DJ Bonebrake punched back at each push from John Doe's bass--the rhythm their trademark mix of ramshackle and tight-as-hell. Jessie Dayton played terrific leads in tribute to the missing Billy Zoom. The band made several references to Billy and wished him well. They were raising money for his battle with cancer (which you can learn more about here--http://www.gofundme.com/yx66a4). And they gave a shout out to late producer Ray Manzarek (on "Blue Spark"), drawing connections between the family in the room and the larger family tied together by this music.

That Sunday night--the second night of a three night stand in New York--was a fine reminder X has always been a band that complicates the easy equations. It's a band that defines honesty and abandon in a culture (and a counterculture) that tries quick to kill both. As such, thirty five years down the line, I may need them more than ever.

Posted by Danny Alexander at 7:14 PM

So belatedly, thank you, Faye Lynn.