I Shout and I Fly and I Cry and I Run: Searching for Freedom through Ariana Gillis’s The Maze 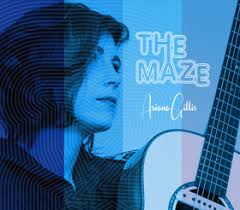 On the title track of Gillis’s third album, she offers the ribbon from her hair as Ariadne’s thread, a lifeline to find one’s way out of the darkness. In a gently pulsing and shimmering recollection of childhood fears, she stands as the stalwart friend, the one who won’t let you stay lost forever, the one you should remember in your moments of panic. It’s as eloquent a statement of the role of the artist as I’ve ever heard, in part because it is so humble and true. She’s not claiming to be a hero that can vanquish real dragons, but she may just be able to help you handle the ones that crop up in the dark corners of your brain.

She’s certainly done so for this listener over the course of all three of her albums. If this one, co-produced by Buddy Miller, is the breakthrough it’s getting called (I'm such a fan of all three, it's hard to make that distinction), it may just be this sharp focus. Though the arrangements are gorgeous, they tend to be minimal--a gentle interplay between guitars with the occasional glimmer of steel and keys. The virtue of the production is the way it stays out of Gillis’s way and primarily serves to complement and highlight what she does with just the right words and a voice that takes those words where no one else could go.

The blessing and perhaps curse of being Ariana Gillis is that she’s dazzling. Her vocals spring from clinched deep altos to wide-open ethereal heights. On the menacing “Slow Motion Killer,” when she sings “feel the chill shiver up right into your skeleton,” she is (perhaps somewhat unwittingly) describing her effect on listeners. She indeed seems to know this when she repeats the cry-of-a-refrain, “I’m in your brain.” Jim Hoke’s saxophone launches into an erratic, explosive response--those listener bones contorting past control.

What makes her more than a fascinating talent is her unrelenting desire to get at the truth in the moment. The record bounces through a dialectic. She begins with the gritty “Dirt Gets Dirty,” digging holes to escape her own prison, and she immediately follows that by reaching back for a trapped friend on “The Maze.” She confronts isolation on “The Feeling of Empty” and finds there a zen-like acceptance before contrasting it with the terminally wounded character in “Jeremy Woodstock.” The record centers around womanhood, both contemplating a (her?) mother’s age and wisdom on “Rock It Like Fantastic” and her own wholeness at the point of severing a relationship, “Less of a Woman.” (Glimpses of each cut and downloads available here--https://www.arianagillis.com/)

The trilogy that comes next is defiant and, though hard fought, triumphant. “White Blush” is a seemingly delicate creation—at points just the drummer's sticks and stabs of guitar, eventually bolstered by banjo—about refusing the equation of vulnerability and weakness. “Slow Motion Killer” and “You Don’t Even Know My Name” take the concept of misleading appearances even further. In “Name,” she describes the impossible princess at the heart of this fairy tale as someone who “goes mad at night” and is “low in the afternoon,” but she points out this is exactly how she lures you in—“maybe you see the same things in you.” None of these dangers and flaws make these characters lesser women; they make them more fully human.

The record ends with hauntings. “Lost with You” describes a ghost of a relationship she never wants to leave, and its gentle arpeggios and “silver tears” offer a grace to mourning that may never end. At the same time, the orphaned singer in “Dream Street,” contrasts the loss of her mother with her ongoing struggles. "I'm going to play it so hard," she sings of her "busted up guitar," and in doing so, she holds tight to that ribbon and pulls out of "The Maze's" darkness and into its light. 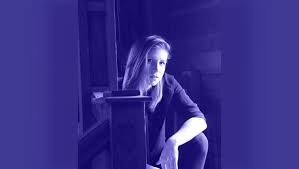